Marie St. Fleur is a highly effective and 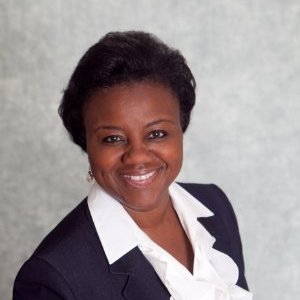 passionate organizational leader and consultant. With 30 years of legislative, municipal and legal leadership linking public and private resources, she facilitates transformational changes that enhance the quality of life in vulnerable communities.

Her experience as an attorney, legislator, senior leader in municipal government and nonprofit executive ensures she makes a difference for her clients. She has driven grassroots research on early education and care and workforce systems, advocated for change in the public sector, and expanded the engagement of families, providers, policymakers, government agencies and the public.

As the former CEO and President of a state-wide nonprofit,  Ms. St. Fleur spearheaded the formation of the influential Put MA Kids First coalition, securing increased investment in early education and care in Massachusetts for two consecutive fiscal years. She also lead the creation of the Early Education Small Business Innovation Center, the first of its type in Massachusetts.

Ms. St. Fleur was appointed by Mayor Thomas M. Menino on June 13, 2010 as the Chief of Advocacy and Strategic Investment for the City of Boston. In that capacity Ms. St. Fleur led the Mayor Menino Circle of Promise Initiative and oversaw the Department of Intergovernmental Relations, The Office of New Bostonians, The Small and Local Business/Boston Jobs for Boston Residents Policy and his Diversity and Reentry Initiatives.

Former State Representative Marie St. Fleur was first elected to serve in the Massachusetts House of Representatives in 1999, and is the first Haitian-American elected to state office in the United States. As the House Chair of the Joint Committee on Education, Arts and Humanities, Representative St. Fleur championed two-way bilingual education, alternative education and led the establishment of the new Massachusetts Board and Department of Early Education and Care.

A graduate of the University of Massachusetts at Amherst, Representative St. Fleur earned a Law Degree from Boston College Law School. Ms. St. Fleur served as Chair of The Advisory Council for the Haiti Fund at The Boston Foundation, is a former trustee of the Boston Bar Foundation and past President of the Massachusetts Black Lawyers Association. She has been featured on WCVB Television’s City Line and Chronicle, WGBH Television’s Greater Boston, Boston Magazine and Commonwealth Magazine. Ms. St. Fleur is a recipient of Boston Business Journal’s 2014 Women Up award and currently serves on the Board of Directors of the Dorchester Boys and Girls Club, and Nativity Preparatory School.